The French Polynesian president, Edouard Fritch, says he is convinced the Pacific Island countries will be heard at the COP21 climate conference due to open in Paris next week.

Speaking ahead of a summit involving France and the Pacifc countries, Mr Fritch says while these nations are small, they represent a large area of the world's surface. 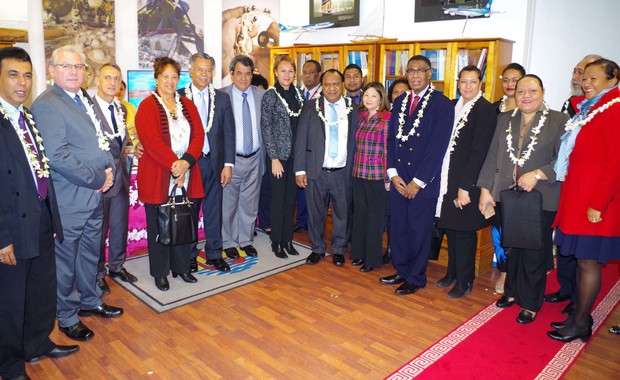 Pacific leaders gather in Paris ahead of COP21 Photo: supplied

Atoll countries have been affected by climate change, but pleas for emission reductions have been unsuccessful.

The delegates from the Pacific were scheduled to be first hosted by the French foreign minister, Laurent Fabius, before the formal summit with the president, Francois Hollande.

The Paris meeting is the fourth such summit France has organised.