The head of the United Nations has encouraged Australia's prime minister to reconsider his country's controversial asylum seeker policies of boat turnbacks and offshore detention.

The secretary-general, Ban Ki-Moon, met Malcolm Turnbull on the sidelines of the Asean summit in Malaysia on Sunday. 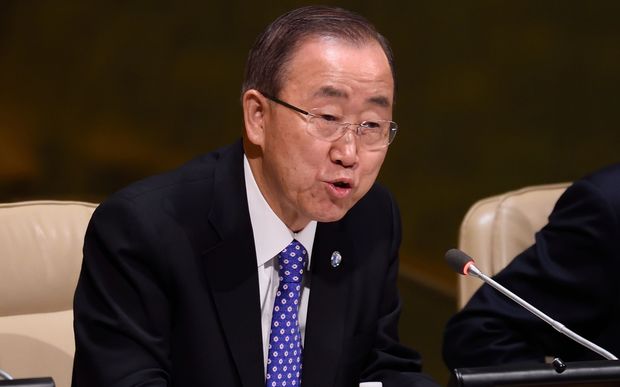 The meeting is not the first time the UN has raised concern about offshore detention, where there have been numerous reports of unsafe conditions, physical and sexual violence, and two deaths on Manus Island.

The then-prime minister, Tony Abbott, reacted angrily, saying Australians were sick of being lecture to by the UN.

His successor, Mr Turnbull, is unlikely to change the policy in the face of international criticism, and the main opposition party, Labor, also supports offshore detention.