Fiji cricket coach Shane Jurgensen says he's committed to serving out his contract after resigning and then changing his mind.

The former Bangladesh coach was appointed in May last year to a three year term but quit last month before a change of heart.

"There were personal reasons and also reasons around my job - there's certainly some things that needed to be changed. My resignation was certainly discussed, and I had done it via email, but it wasn't to threaten anything. It was just I felt, for me personally, there needed to be some changes in my life and being away from home for such a long time and also for me to continue in the role I needed some definite things to change around it. I've had some discussions with the chairman and the acting CEO and they're fully supportive of that and for now I'll continue on".

The 39 year old Australian says the recent departure of CEO Inoke Lesuma was a coincidence and did not influence his original decision to quit or his eventual u-turn.

He says after discussions with the Cricket Fiji board he's now confident coaching will be at the forefront of his job and intends to see out his full three year contract.

Jurgensen is currently coaching Rangpur in the Bangladesh Twenty20 league and says the short stint will help Fiji's preparations for the Under 19 World Cup, which is being held in the same country early next year. 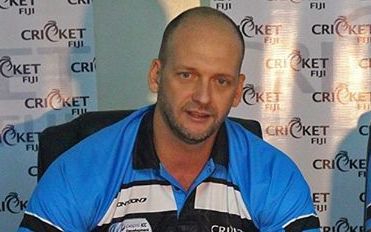