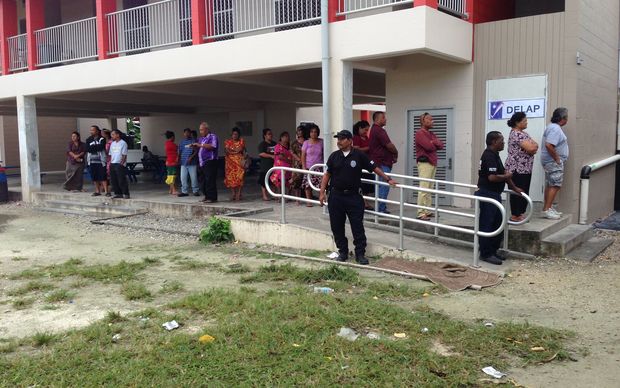 Voters lined up Monday in Majuro to cast votes in the national election. The preliminary results show support for new and opposition candidates, while many Cabinet ministers are facing strong challenges to their reelection. Photo: RNZI/Giff Johnson

Five opposition-aligned candidates dominated the vote for the five-seat parliament race for Majuro, the nation's capital, while numerous incumbent Cabinet ministers were under threat of losing their re-election bids as unofficial, preliminary results were reported from multiple islands.

Five Cabinet ministers and other government-affiliated parliament incumbents were struggling to retain their seats for another term in the early counting with about half of the domestic vote tabulated.

In a stunning upset in progress, challenger Ladie Jack was on track to unseat powerful Majuro Mayor Mudge Samuel, holding a more than 230 vote lead after several thousand Majuro votes were counted.

The big story of election 2015 so far is the "youth vote" for newcomers Sherwood Tibon in Majuro and David Paul in Kwajalein, who have elbowed their way into historically difficult electorates for first-time candidates to gain a foothold.

Two women candidates were ahead in early balloting, presenting the possibility that Marshall Islands voters might send more than one woman to the 33-seat parliament for the first time since constitutional government was established in 1979.

With about 60 percent of the Kwajalein regular vote counted by Wednesday, David Paul was maintaining the number two position in the three-seat race, a position bolstered by Mr Paul's strong performance in the absentee voting by Kwajalein voters resident in Majuro.

All three Majuro incumbent opposition senators - Tony Muller, David Kramer and Brenson Wase - are clearly on their way to reelection, while recently retired U.S. Army veteran Kalani Kaneko looks to round out the Majuro delegation depending on results of postal absentee votes.

By law, postal absentee ballots cannot be counted until after the 30th of November. 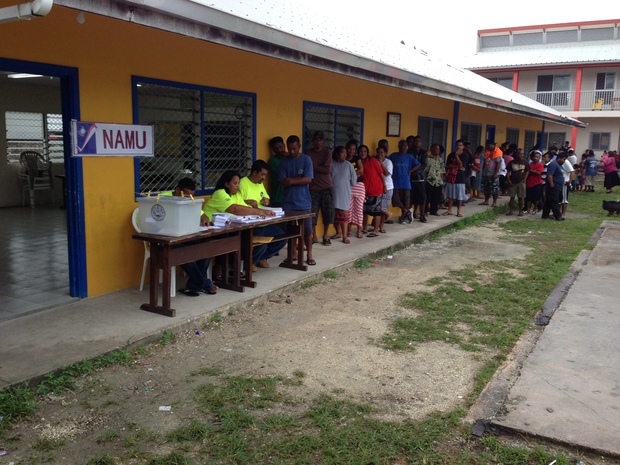