Fiji's Land Force Commander Sitiveni Qiliho says the military recruited three suspended police officers charged with assault because they had been abandoned by the police.

The trio have been charged in relation to the assault of Iowane Benedito which was captured in a video which went viral nearly three years ago.

Colonel Qiliho says the men were working for the safety of the people of Fiji and they had approached the military saying they had been abandoned by the police.

He says they were then recruited into the military.

"They haven't been convicted yet but unfortunately the police force has abandoned them. They were working for the Fiji police force and they were working with military officers. Now we will stand by our men and women through thick and thin. We're not going to abandon them."

Colonel Qiliho says the military's lawyer will represent the men in court and they will continue to appear as required. 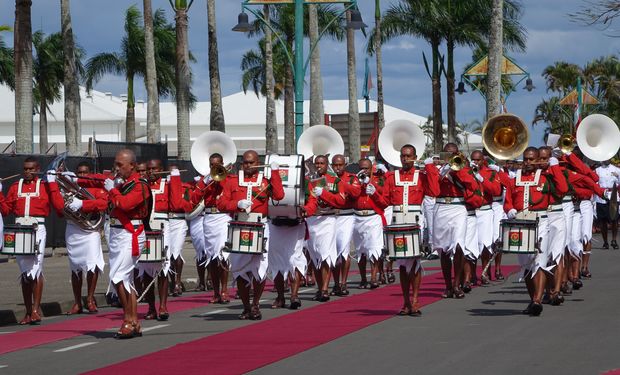 The band of the Republic of Fiji Military Forces at parliament opening 2015 Photo: RNZI/Sally Round