There are plans for a reconciliation between the Papua New Guinea Defence Force and the former Bougainville Revolutionary Army. 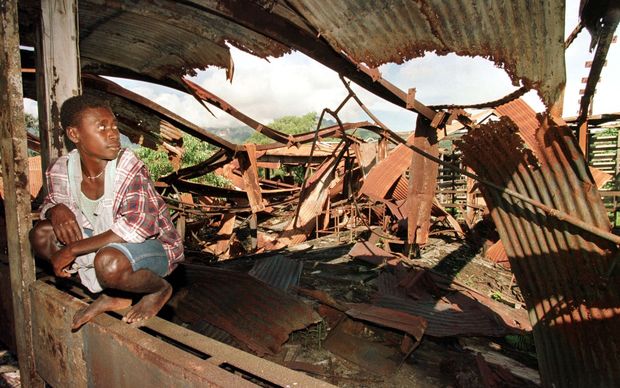 The Bougainville Civil War caused incredible devastation and loss, including this picture taken at the ruins of Arawa Hospital in 1997. Photo: AFP

Both armies opposed each other during the Bougainville civil war which ended nearly 20 years ago.

Now, with the region preparing for a vote on possible independence from PNG, the Bougainville parliamentary referendum committee wants the former warring groups to reconcile.

The committee chair, Joseph Watawi, says both the PNGDF commander, Brigadier General Gilbert Toropo, and the former leader of the BRA, Sam Kauona, back the plan.

He says reconciliation is vital for the future of Bougainville.

"It is a must that this reconciliation take place and I guess it is an act to get and ensuring that the peace is sustained. And it is also part and parcel of the spirit and the letter of the Bougainville Peace Agreement."