The Solomon Islands Football Federation says if it sent a team to next year's OFC U17 women's championship in the Cook Islands, it would struggle to compete.

On Tuesday the Oceania Football Confederation announced a readjusted schedule for the January tournament after the withdrawal of the Solomons from the competition.

The Solomon Islands Football Federation Media and Competitions manager Joe Boso says there were two reasons why they are not sending a team to the regional championships.

"We are not satisfied with the competitiveness of the team. Their ability to compete at

an international level balanced with the cost that it takes to take part in this competition, we did not feel that at this stage that it was a good idea to send a team."

Mr Boso says there was also a lack of interest in corporate sponsorship for the team. 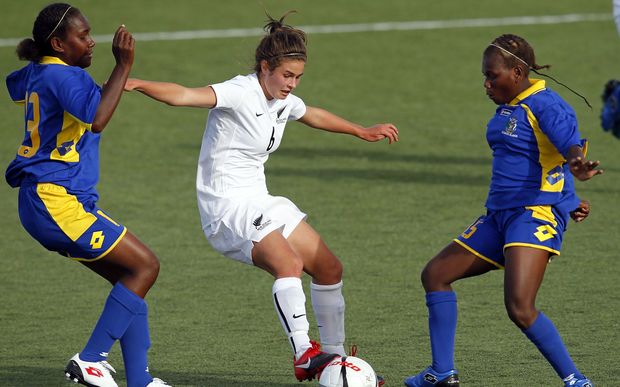 Solomon Islands play New Zealand in the U17 OFC Championship in 2010. Photo: Photosport

The SIFF will focus on building up the game domestically now.

"We do have a women's competition that is running at the moment. It is very much in its infancy, this is the second season for it to be running. As you can see from the first season and the outcome at the Pacific Games there is a lot more to be done for women's football before we can reach the stage where we are competitive internationally."

The winner of the OFC Championship qualifies for the FIFA U-17 Women's World Cup in Jordan, which is also next year.