Vanuatu's acting leader of the opposition has accused advisors of jailed MPs of misusing state assets.

In a letter to the Prime Minister Sato Kilman, Ham Lini warned him that political advisors hired by MPs found guilty of corruption should no longer be using government vehicles and offices. 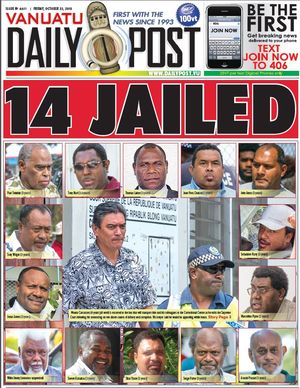 He says the advisors' contracts should be terminated.

Mr Lini alleged the political adviser to the former Speaker of Parliament, Marcellino Pipite, was still using his office and official car.

The country's President, meanwhile, is still urging the government and opposition to end the political impasse, or a dissolution of Parliament will be necessary.