Tahitian tennis player Heve Kelley hopes a stint in New Zealand will accelerate his development and help secure a university scholarship to America.

The 18 year old was a part of the Pacific Oceania Davis Cup team that won promotion earlier this year. 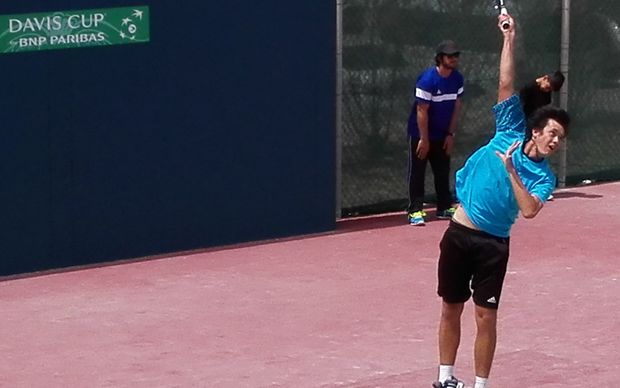 He also won a team bronze and came fourth in the men's singles at the Pacific Games in Papua New Guinea.

Kelley has been attending Auckland's Saint Kentigern College since September, in an effort to combine his school-work and tennis commitments.

The move has allowed him to train every day, play club matches on weekends and to have the chance to boost his ranking by playing in ITF Junior tournaments.

The final hurdle will be passing an SAT test to allow him to take up a tennis scholarship at the University of Hawaii next year.

"They sent me mail that they wanted me in the team for next year. It was really good to hear that so I will try my best to have the certificate and then next year I will go there I think. At the Davis Cup we had a player in the team, Daniel Llarenas [from Guam], and he did university in Hawaii and then he told me I should go there. He said this school really improved his tennis and everything and the coaches were good so I just listened to him so I will try to go there".

Heve Kelley says he plans to stay in Auckland until the middle of next year and is also keen to remain involved in the Pacific Oceania Davis Cup programme.