Fiji's Prime Minister, Frank Bainimarama, has called an urgent meeting to resolve a row over the granting of a mineral prospecting licence. 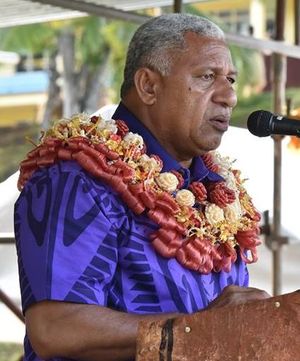 Namosi Joint Venture has the licence to search for minerals in the Namosi highlands, west of Suva.

FBC News says a majority of landowners in Waivaka Village say they did not give approval, while Mr Bainimarama says he was told by the Minerals Resource Department that everyone had been consulted.

The landowners claim that those who were consulted are not registered to the village.

Concerns have also been raised over environmental impacts of exploration, but the prime minister has assured the people of Namosi, the government will not allow any environmental harm.

The Namosi Joint Venture is a partnership between the Australian company Newcrest and Japanese interests.

It is unknown when the urgent meeting will take place.