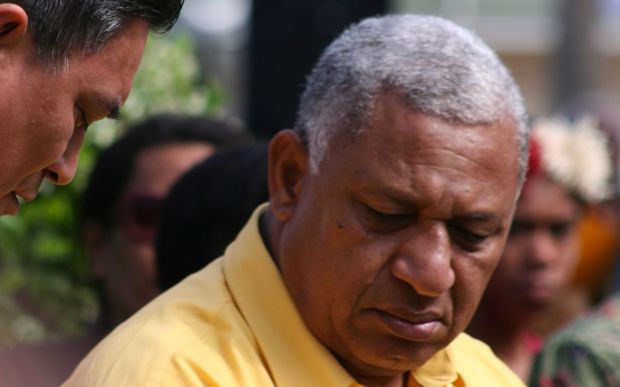 Pacific health ministers met in Fiji yesterday to deliver an outcome document on climate change implications on the health and wellbeing of women, adolescents and children.

It's designed to support the Pacific's position at key international forums, like the UN conference on climate change in Paris next month.

The COP 21 summit will see world leaders converge with the hope of achieving a new international agreement to combat climate change.

But Frank Bainimarama says the plight of small Pacific countries already feeling the effects of climate change such as rising sea levels could be ignored.

Mr Bainimarama says Pacific leaders will press for the adoption of the recent Suva declarations to limit the global average temperature increase to less than 1.5 degrees centigrade above pre-industrialised levels.

He says industrialised nations, including New Zealand and Australia, are likely to prioritise their economic growth at the expense of low-lying developing countries.

"I fear that our interests are about to be sacrificed, that might will triumph over reason, even though the argument of urgent and decisive action is unassailable all because of the inaction and gross irresponsiblity of what I unashamedly call the coalition of the selfish."

Mr Bainimarama says Pacific countries must go into the conference with a strong mindset, and stand up to bigger nations.

"We must show no signs of accepting our fate or appeasing the forces ranged against us because that will merely encourage the industrialised nations to maintain the status quo.

"I've yet to detect the necessary political will on the part of many of the industrial nations to face up to their obligations to effectively confront this crisis. I very much fear that COP21 can be a cop out."

Tuvalu's Health Minister Satini Manuella says while it's not in their nature to be aggressive, Pacific leaders need to be assertive.

"When we make noises we don't want to act like them but I think we have to change our approach and make our voices heard by the whole world that we mean business now."