Papua New Guinea's Supreme Court has dismissed an application by the attorney general, Ano Pala, to restrain police from enforcing an arrest warrant against him. 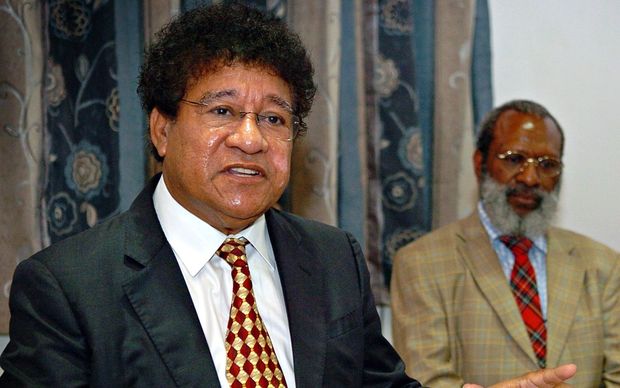 PNG's Attorney-General Ano Pala has been asked to hand himself in to police after losing an attempt to stay an arrest warrant. Photo: RNZ Todagia Kelola

Mr Pala is accused of conspiring with others to defeat the course of justice in relation to the Paraka lawyers scandal, which has engulfed many high-ranking officials, including the prime minister.

In November, he obtained stay orders at the National Court to temporarily stop the warrant, which were lifted in late August.

This morning, Supreme Court Justice George Manuhu dismissed Mr Pala's application to extend the stay, saying the power of police to investigate and arrest should not be interfered with.

PNG Loop reports the assistant police commissioner for Crimes, Thomas Eluh, as calling for the attorney general to hand himself in for questioning.