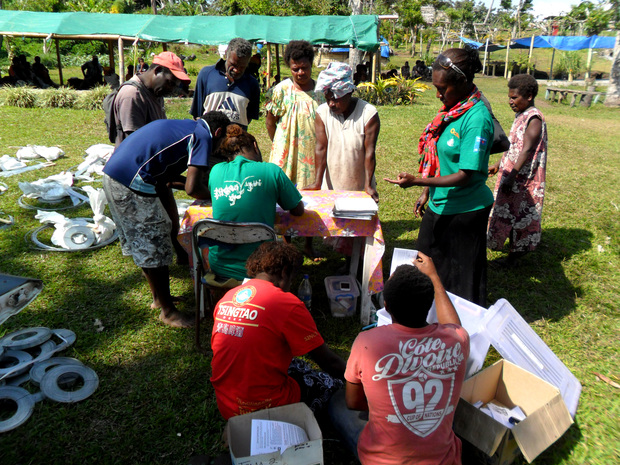 The director for women and children in Vanuatu says areas that were just starting to recover from Cyclone Pam have taken another battering as El Nino impacts on food supplies.

The category five cyclone hit the island in March, causing damage estimated at almost two-thirds of the country's GDP.

More cyclone activity is expected across the southwest Pacific between November and April, due to the strong El Nino effect, which has also brought on drought conditions.

Villagers on Tanna, one of the islands worst hit by Cyclone Pam, are bearing much of the brunt.

Dorosday Kenneth, who's with the Ministry of Justice and Community Services, went with a team to Tanna two weeks ago and says the situation is getting worse.

"We were shocked to see that there were cases of malnutrition when we visited a hospital. We had to get some of the children from North Tanna sent to the hospital [Lenakel Hospital on Tanna] because we believed that that's the best way where they could get the supervision from the nurses and also more nutritious food for the children."

Dorosday Kenneth told a Pacific Health Conference in Nadi that women and children are disproportionately affected by natural disasters.