A Papua church leader says religious extremism has the potential to cause problems for local society. 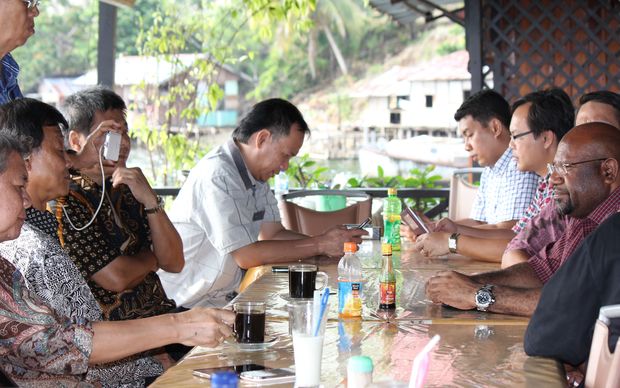 Reverend Dormon Wandikbo is a leading member of the GIDI, or Gereja Injili di Indonesia, a Protestant church which, unlike other leading Protestant churches in Papua, has a presence in other parts of Indonesia.

He says media reports about the recent burning of a small mosque in Tolikara largely mis-represented relations between different faiths.

He says the Tolikara incident was not a conflict between Muslims and GIDI Christians as reported by mainstream media.

Reverend Wandikbo adds that two teenagers arrested for the incident should be freed.

He says while local followers of Muslim and Christian faiths generally coexist peacefully, there are isolated cases of extremist radicalization of religion in Papua.

"The issue exists here, and I think this issue will create a new conflict. But in Papua we recognise that there is a Muslim group that we call Front Pembela Islam which already exists here."

The reverend was in Jayapura this month to meet with representatives of the GIDI church from Jakarta to foster economic empowerment by members of their church.