The Northern Marianas government says the decision to list 23 species in Guam and the CNMI as threatened or endangered was rushed.

The government says it supports the US Fish and Wildlife Service's listing of seven of the 17 CNMI species, but it questions the inclusion of some of the other species.

The Department of Land and Natural Resources says a number of the species do not meet the definitions of threatened or endangered and don't require federal protection.

Among the plants and animals in the CNMI and Guam listed as endangered are the Mariana wandering butterfly, Langford's tree snail, and the Mariana sub-species of the Pacific sheath-tailed bat. 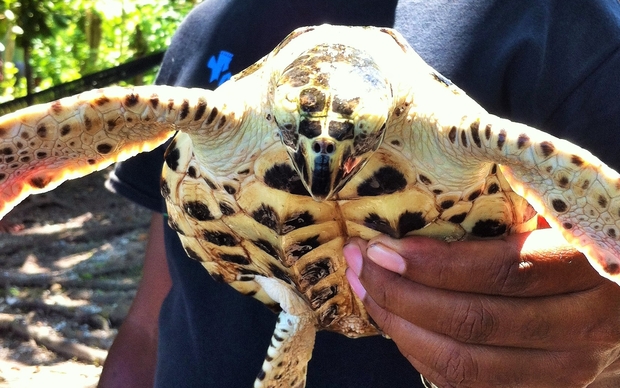 The Hawksbill sea turtle is among endangered species found in CNMI and Guam Photo: RNZI Courtesy of Rhona Marita