Hundreds of Norfolk Islanders marched through the island's streets on Sunday protesting against what they say is the Australian Government's failure to ensure basic human rights. 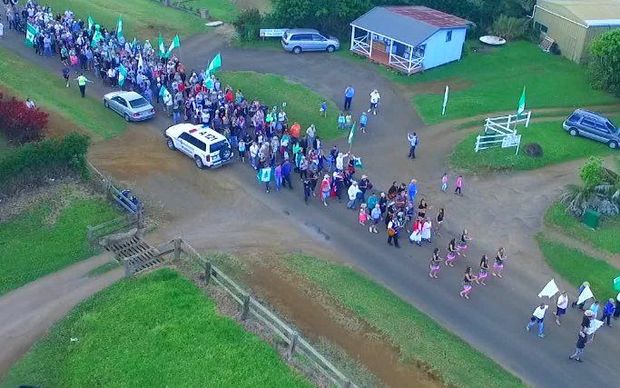 This comes after Canberra ended the island's 36 years of self government in June.

The march was organised by a group called 'Hands up for Democracy' which says Australia has failed to abide by the United Nations charter and failed to ensure the basic human rights associated with democracy.

A former Norfolk Island chief minister, Andre Nobbs, says the group is giving people, distressed by Canberra's actions, a chance to express how they feel.

"That [it] is impossible to argue with - that the people of Norfolk Island want their democracy back because the dictatorship and the misrespresentation of the island is at a point where no one is prepared to sit down any more and stand by and watch it."