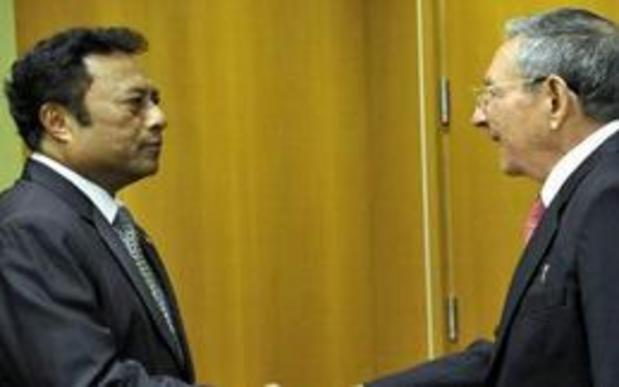 Palau has established diplomatic relations with Cuba, through an agreement between the presidents of the two countries, Palau's Tommy Remengesau and Cuba's Raúl Castro in New York. Photo: Prensa Latina

This came in a formal agreement between the presidents of the two countries, Cuba's Raúl Castro and Palau's Tommy Remengesau, at a ceremony in New York where the leaders are attending a UN summit.

Mr Remengesau said his country cherished the relation with Cuba and would do everything it could to make it prosper.

Cuba has diplomatic relations with several Pacific Island countries and in recent years has developed a niche for assisting the island states with medical training and deployment of doctors.

In the past couple of months, the first batches of doctors from Tuvalu and Vanuatu to be trained in Cuba have graduated.

In both countries, doctors are badly needed.