A Taiwanese fishing boat is being escorted back to Taiwan after being busted for illegal fishing in the Pacific Ocean. 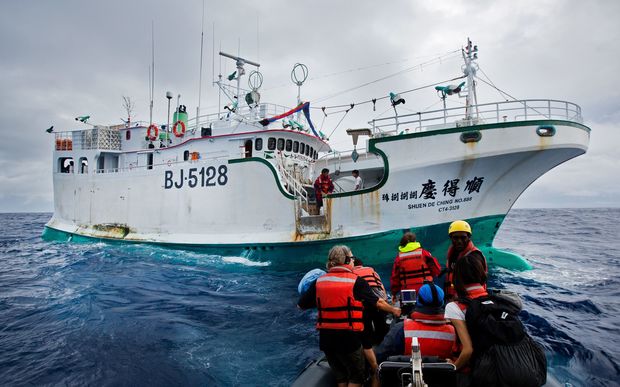 Greenpeace activists say they discovered a falsified log book and almost 100 kilos of shark fins when they boarded the vessel on the high seas in the north west Pacific earlier this month. 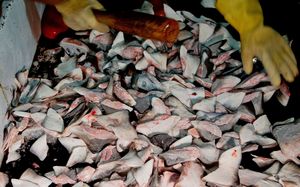 Shark fins found in the freezer of the Shuen De Ching No.888. Photo: Paul Hilton / Greenpeace

The environmental group's Lagi Toribau says the Taiwan Fisheries Agency is now escorting the Shuen De Ching No 888 back to Taiwan where the ship faces suspension from operations for up to a year.

"We knew that their patrol boat was already in the Pacific Ocean. It was already somewhere close to where we were. It was just a matter of getting the political decision and the will of the Taiwanese government to instruct their patrol boat to come and inspect this vessel so we're quite happy with how things turned out but it could have been a little bit quicker."

Lagi Toribau says Greenpeace is calling for the vessel to be officially listed as a pirate vessel, banned from operating and its owners sanctioned.