Around 100 Maori and New Zealand-based Pasifika artists are getting ready to showcase their work at the Festival of Pacific Arts in Guam next year. 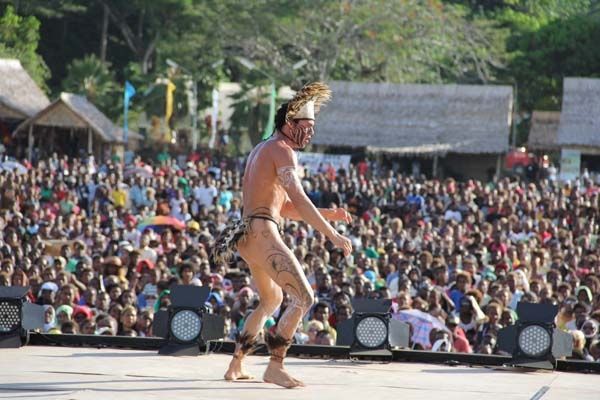 The festival - which happens every four years - brings together more than 2000 artists from 27 Pacific countries.

A musician and producer, Matthew Faiumu Salapu, also known as Anonymouz, makes soundscapes - music that incorporates sound from the environment to tell a story.

Watch his soundscape, titled "Return to Hawaiiki", which he created from audio he collected while visiting Samoa.

When Anonymouz goes to Guam, he says he will stitch together a soundscape capturing the goings on of the festival.

"I'll practically be raiding the whole island for sounds, going into the natural environment, as well as kind of networking, find out who is performing where, who is doing what, what interesting stories are around and just basically roaming around with a microphone, collating it all, and then building it into a 15 to 30 minute soundscape work that incorporates all of the different elements that are on the island."

A sculptor and carver Chris Charteris and his team plan on collecting 200 coconuts in Guam to build a large installation called "Te Nii", which means life giving in the Kiribati language.

The theme of the festival is "What we Own, What we Have, What we Share, United Voices of the Pacific", and Mr Charteris says using coconut, which is an important resource across the region, seems fitting.

Mr Charteris says any members of the public or artists who wants to help with the installation are welcome.

"The process of collecting the coconuts and cutting them in half, and getting them prepared. There will be aspects of weaving them together, and carving, sewing. Also at the moment in Guam they're having a bit of trouble with the rhinoceros beetle which is destroying the coconut plantations over there, so we kind of maybe trying to incorporate that into the artwork." 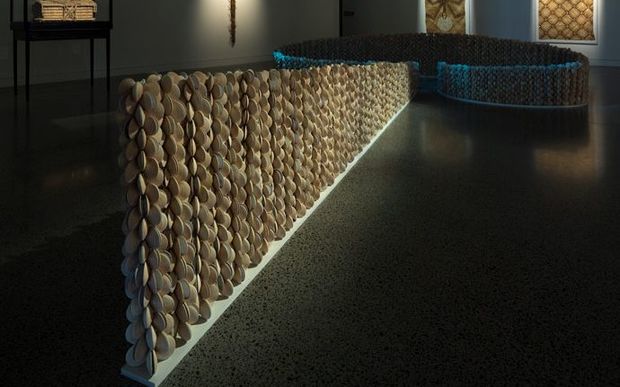 An actor, director and producer, Nathaniel Lees, says his theatre piece, Fale Sa, is a three-part work in progress he is writing about the spirit of the Pacific.

"Fale Sa, in the Samoan language it's taken as meaning church now, but the meaning is actually the sacred house or the forbidden house. It's based on three incarnations of what I believe to be the spirit of the Pacific, and it's a woman, it's a female spirit. It's her creation, her first contact with Europeans, and then how she sees the future."

Mr Lees says he will develop sections of Fale Sa in Guam using a working process he has been experimenting with called Fono Matai.

He says it is based on the concept of matais or chiefs coming together to sit down and discuss issues.

"What I've developed is a working process where I invite talented creators to come together and work on a project. The difference of the work, which I am really basing everything on, is the transparency of the creative process. Every work that we do, every day, every meeting that we have, is open to anyone being able to come and observe what we are doing." 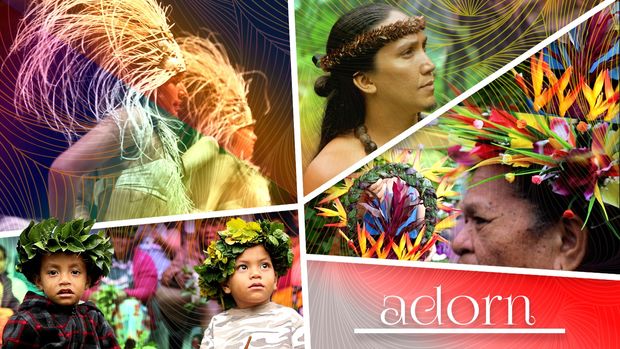 Lisa Taouma is working on a moving image piece, called "Adorn", which is about Pacific people's relationship with their hair and the tradition of adorning the head.

In Guam, she plans on having people add their own stories about their hair.

"With the community that's there I want to also gather stories of their hair and the intricacies of adorning hair in Polynesia. I'm hoping to have a workshop, show the work, and film a whole lot of people as well for our website which is called The Coconet TV, so we can have an interactive focus around the work that I am showing."

Ms Taouma says the festival will be an incredible experience for everyone involved.

"Every island in the Pacific region, from the West Pacific, South Pacific, from Melanesia, from Micronesia - it's kind of only one of the only platforms where you see this whole body of work from the region come together. And the standard of work is amazing. It's just like this feast of incredible artwork."

The festival will open in late May 2016 and will run for about two weeks.