Tuvalu's Prime Minister is taking his case for greater climate change action to a United Nations meeting in New York. 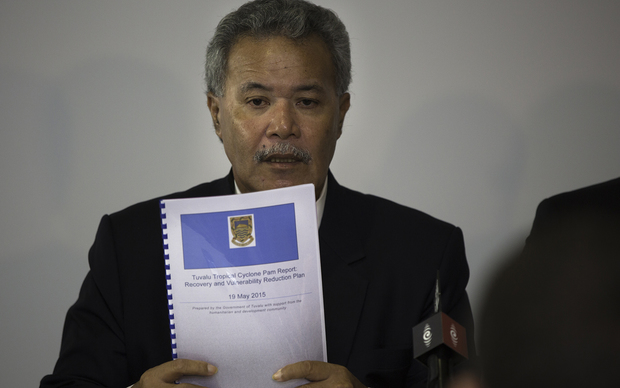 Enele Sopoaga says he had hoped for stronger action at the recent Pacific Islands Forum meeting but he says the failure to achieve that has not weakened his resolve.

Mr Sopoaga says he will now take his call to the UN Sustainable Development meeting in New York at the end of the month.

"We will be launching that side event in New York to underscore further the threat and the suffering that the people are already being inflicted upon by the cyclones, issues of water, food security on atoll islands. I think that other atoll nations like Kiribati and Marshall Islands would also want to take advantage of that."

Mr Sopoaga says between now and a major UN climate change conference in December, he will continue to highlight the plight of small islands.

He says he hopes the Forum countries will reassess their approach.