American Samoa's Power Authority says if the dry spell continues it will ask the Governor to declare a state of emergency.

The Authority's executive director, Utu Abe Malae, says the community must conserve water and prepare for an impending drought.

Reducing water loss and searching for leaks remains a priority, with an expert and representative from the US Leak Detection Services visiting the island.

Utu says higher levels of salt are being detected in water wells, as a result of sea water intrusion as freshwater is used up.

It's anticipated that October will be one of the driest months, and the spell could continue well into 2016.

Samoa's dry weather has forced the water authority to start rationing the resource from tomorrow to some areas in the north of Upolu island. 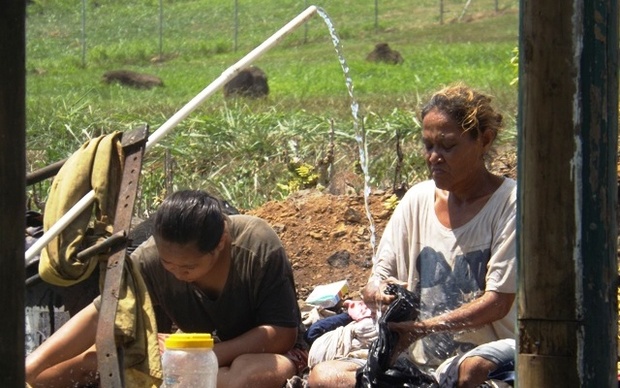 The supply will be cut off for eight hours during the day from 9am to 5pm for families and businesses located in the area from Aleisa to the Development Bank of Samoa and the National Provident Fund compounds.

The Samoa Water Authority has also told the public not to use the treated water supply for gardening and washing cars.

The acting CEO of the Met Service, Mulipola Ausetalia Titimaea, says water security is essential, even though the El Niño weather pattern is tipped to affect Papua New Guinea, the Solomon Islands, and Vanuatu more than Samoa.