Scientists have embarked on a survey of the region's highest mountain, Mt Popomanacheu, in Solomon Islands. 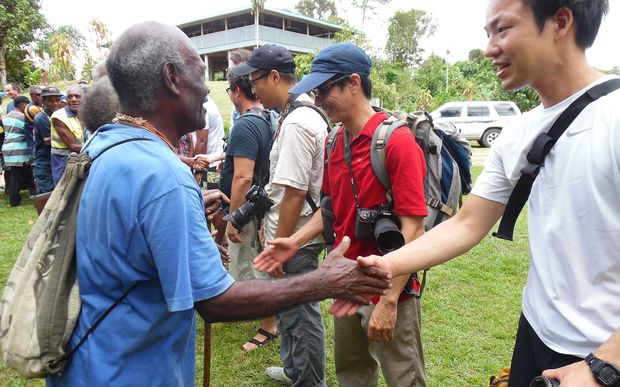 The survey teams have described the mountain in Guadalcanal as an island in the sky because of its cold climate and animals and plants which are not found anywhere else in the world.

Chris Filardi of the American Museum of Natural History is taking part in the survey which will help with efforts to manage and conserve the country's unique flora and fauna.

"The amazing thing about being able to go back with the American museum and in partnership with local people and the government is that we can come back and have another huge impact on science I am sure. But more importantly have this broader societal impact that is really led by and for local people, who have lived in these places for as long as there have been people."

Scientists from the University of the South Pacific, the American Museum of Natural History and the Solomon Islands government are working with the landowning Uluna-Sutahuri tribe on the surveys.

Base camps and trails in the virgin forest need to be set up first so the first survey can be carried out on Mt Popomanacheu which is 2,335 metres high.