Keep calm and carry on. If ever there was a man for this motto, it's Papua New Guinea's prime minister Peter O'Neill. 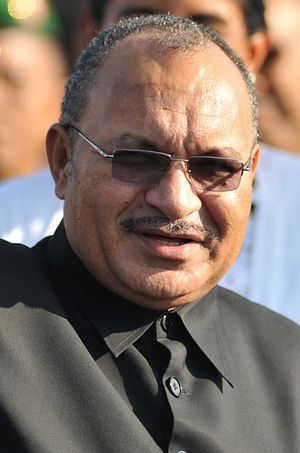 Recently, Mr O'Neill has been juggling management of an economy experiencing serious ruptures with response to the country's worst drought in at least 18 years, while negotiating fallout from a fraud scandal over which an arrest warrant was issued against him last year and remains the subject of a legal challenge.

There's never a dull week in PNG politics, but despite the chaos, Mr O'Neill simply carries on; a very pro-active leader both domestically and at the regional level.

As incoming chairman of the Pacific Islands Forum, Mr O'Neill is this week hosting the annual leaders summit of the region's pre-eminent political organisation.

His ascension to the Forum chairmanship for its one-year rotate comes as another Papua New Guinean, Dame Meg Taylor, recently took up the post of Secretary-General of the Forum, the regional body's first female head.

Since Mr O'Neill's government emerged victorious from the 2012 elections, PNG has been asserting itself more on the international stage.

Easily the Pacific Islands region's biggest economy, landmass and population, PNG is also generally considered the only island country with a realistic chance of graduating from being an aid recipient.

It may have its own hardships and human development crises but already, PNG under Mr O'Neill has become aid donor to other Pacific countries, offering development assistance packages to various states and in Fiji's case, helping fund last year's elections.

Climate change and West Papua have been identified by Pacific island communities as two of the most pressing items up for discussion at this Forum summit, despite ambivalence from regional heavyweights Australia and New Zealand.

PNG is increasingly taking a hands-on approach to addressing these issues.

Also, much to the hope of grassroots communities throughout the Pacific, Mr O'Neill has gone further than any previous PNG prime minister in speaking out about rights abuses in the neighbouring region of Indonesia's Papua.

At the same time, his government has been at pains to emphasise its support for Indonesian sovereign control of the western half of New Guinea.

PNG is forging ever closer business links with Indonesia who, via the dynamics of the West Papuan regional diplomatic wrangle, has increased its involvement in the Melanesian Spearhead Group.

PNG has realised it is perfectly placed to foster greater regional integration not only within the Pacific but for the Pacific region with Asia and its powerful economies.

However, there's an element of competition on this front since Fiji has adopted a similar conduit role with its growing links to Asian countries.

The regional architecture is expanding, changing.

The Pacific Forum now has to contend with a rival regional organisation, the Pacific Islands Development Forum. The PIDF was established three years ago by Fiji's prime minister Frank Bainimarama who has objected to the influence of New Zealand and Australia within the Forum.

Mr Bainimarama has said he won't personally attend Forum summits until his concerns are addressed. His non-attendance this week in Moresby won't necessarily bother Mr O'Neill, who supports the continuing involvement of Australia and New Zealand at the Forum. 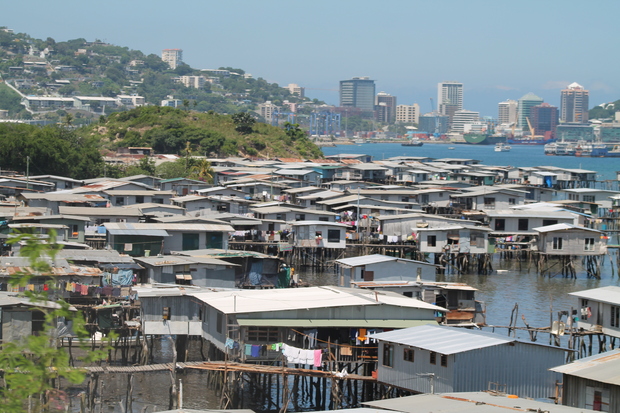 It seems fitting that PNG is stepping up to the plate as regional leader as it prepares to mark the 40th anniversary of independence this month.

The country has experienced rapid growth in the past four decades.

After gaining independence from Australia in 1975, PNG's population was less than New Zealand's. However the Melanesian nation's population has just reached 8 million and shows little sign of abating.

Together with its remarkable economic growth of the past decade, it finds PNG at a crossroads of sorts where, depending on the revenues from the big projects in its extractive sectors, it has a window of opportunity to use its resource wealth to turn around the parlous state of basic services for most of it people. Or not.

In a sense, hosting this year's Forum summit is just another rehearsal for the big show that Mr O'Neill's PNG is preparing to host.

The 2018 APEC leaders summit in Port Moresby is the main event, something which Mr O'Neill sees as cementing his country's role as a genuine player in the Asia-Pacific.

And if PNG's hosting of the recent Pacific Games is anything to go by, the O'Neill government will deploy significant state resources to ensure APEC is a well-run event on a scale never seen before in the Pacific region.

Come 2018, will Mr O'Neill still be in power? There's a good chance, since this savvy politician has proven a master at maintaining the support of a vast majority of PNG's MPs since 2012.

But this week, that control appeared to slip a little, with a Supreme Court ruling against law changes the O'Neill government introduced which protected it from attempts to both hold it accountable and remove it via a vote of no-confidence.

It remains to be seen whether this could open the way for a return to the political instability which used to plague PNG politics. 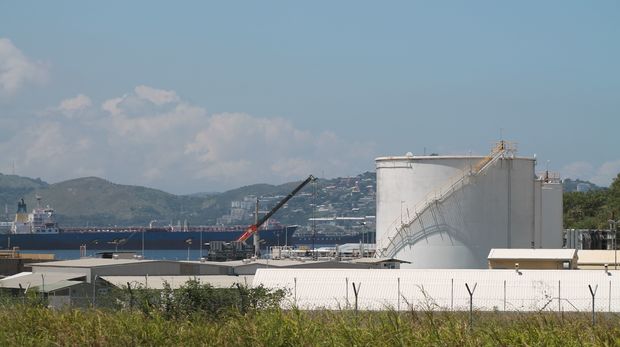 Meanwhile, the heat continues to pile on the prime minister to curb spending in order to avoid a fiscal meltdown as the country faces petrol shortages, after the country's main petrol supplier last week started winding down its supply as it experienced foreign exchange problems in buying overseas fuel products.

The prime minister quite rightly urged investors not to panic. PNG is used to extremes and appears more resilient than many outsiders give it credit for.

Besides, Mr O'Neill is not letting any of this mar his moment in the spotlight at this week's Forum summit.

Keep calm and carry on.