The Department of Foreign Affairs and Trade was responding to remarks made by Fiji's Prime Minister Frank Bainimarama who accused Australia of meddling in the Development Forum which was set up by Fiji three years ago. 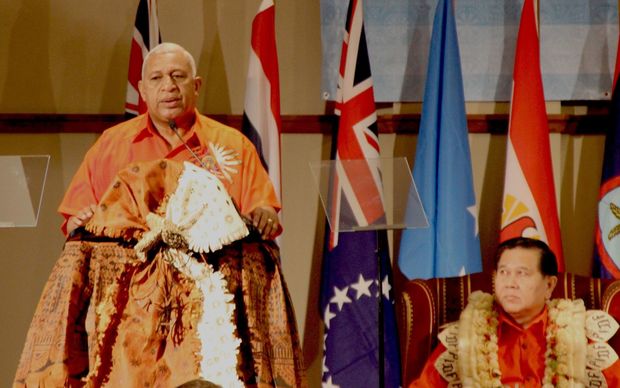 The PIDF is holding its third annual summit in Suva.

Mr Bainimarama told the grouping yesterday it is time for the Australian government to stop undermining it by actively lobbying regional governments and regional leaders not to attend.

In a statement, DFAT says Australia welcomes any contribution the PIDF can make to the prosperity and inclusive development of the region.

It says other countries will themselves decide whether or not to join the PIDF.

Australia says it is looking forward to a successful meeting of Pacific Island Forum leaders in Port Moresby next week and says it encourages Mr Bainimarama to attend.

He has refused to attend the summit despite Fiji's post coup suspension being lifted.