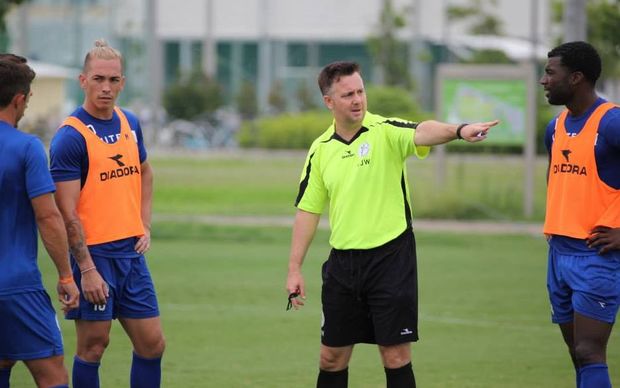 The US Territory won home matches against Turkmenistan and India in June to be the surprise leaders in Group D in the second round of Asian qualifying.

The Mateo spent the past week at a training camp in Japan ahead of the clash at Tehran's Azadi Stadium, which is expected to draw a crowd close to 100,000.

Head coach Gary White says taking on the four-time World Cup finalists will be a true measuring stick for his players.

"The approach has always been, since I took over nearly three years ago, is to go out to win the game or what's the point in playing? The players have really taken that on and that's the spirit within the team, but also we've got to be strategically and tactically smart. We're playing against the giants of Asia and our mindset is to really try to frustrate them and see if we can get a result out of this game and put us in a better position to qualify. This is something that excites my team and we're going to take full advantage of it".