Negotiations between the landowner and developer of the unfinished Sheraton Hotel in the Cook Islands are continuing, in the hope the eyesore can finally be transformed into a five-star resort.

The Vaimaanga property has remained neglected since finances ran dry for a multi million-dollar Sheraton hotel after much of the complex was built two decades ago.

The lawyer for the site's landowner Pa Marie Ariki, Tim Arnold, says they are in the middle of legal negotiations with New Zealand developer Mirage Group in the hope they can reach an agreement for the project to go ahead.

The Cook Islands News understands progress was being made on approval for the project until a dispute broke out between the Mirage Group and Herbert Construction earlier this year.

Meanwhile, hundreds of locals and tourists are enjoying laser tag at the abandoned site, under an agreement with Mirage Group. 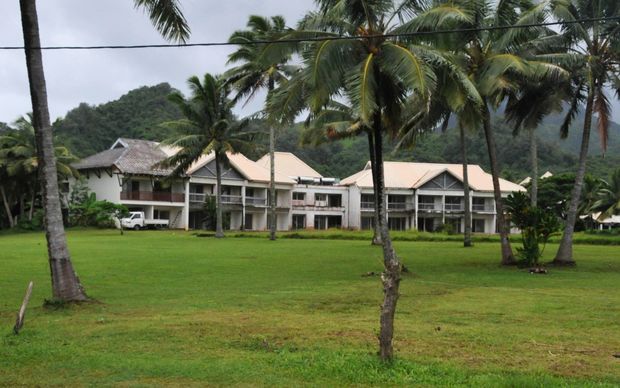 The Sheraton Hotel in the Cook Islands has been abandoned for decades and is now used for laser tag. Photo: Jerrye and Roy Klotz