The National Weather Service in Guam says a typhoon watch is now in effect for Tinian and Saipan in the Northern Marianas, and a tropical storm watch is in force for Guam and the CNMI island of Rota. 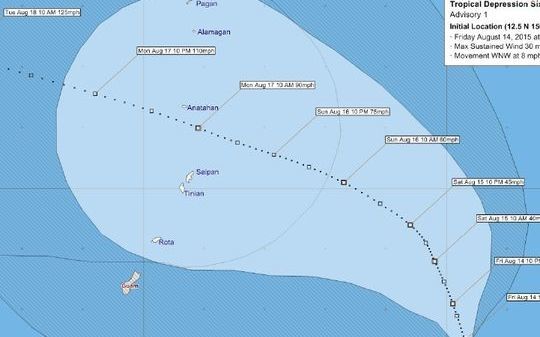 A tropical storm watch means damaging winds of 62 kilometres per hour or stronger are possible within the next 48 hours.

CNMI's Saipan, which is still reeling from a direct hit by Typhoon Soudelor, was placed under a typhoon watch, which means damaging winds of 119 kilometres per hour or stronger are possible within 48 hours. 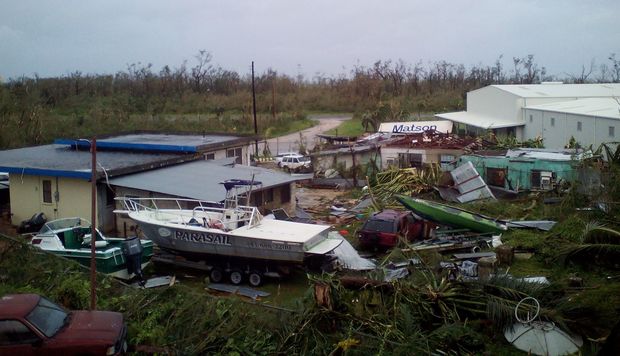 Meteorologist Brandon Aydlett told the Pacific Daily News that the depression is expected to evolve into a typhoon late Sunday as it passes north of Saipan.

Mr Adylett says the winds could be pretty damaging for the CNMI who are still recovering from typhoon Souldelor.

He says throughout this week, the tropical depression has been accompanied by a second weather formation that developed over Majuro in the Marshall Islands.

The US Navy's Joint Typhoon Warning Center has issued tropical cyclone formation alerts for both systems.