An Australia-based refugee advocate says an Iranian asylum seeker on Papua New Guinea's Manus Island whose refugee application has been rejected twice has been locked in a solitary confinement unit.

The Refugee Action Coalition's Ian Rintoul says up to six PNG police officers walked into a compound at the Australia-run detention centre on Thursday and took the 27-year-old to the newly-built unit, dubbed Oscar. 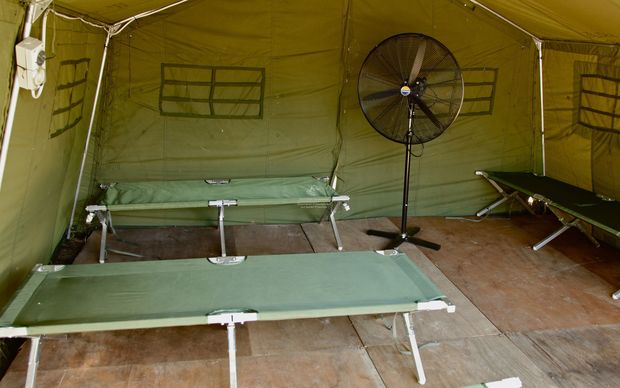 Mr Rintoul says the man could be held in the unit indefinitely, as he refuses to leave and because Papua New Guinea has no agreement with Iran to accept the forced removal of asylum seekers.

He says he believes the raid and the use of solitary confiment is a show of force by PNG authorities to try and get people to agree to return voluntarily.

"My interpretation of the whole of the situation is that his very public arrest and very public removal from Oscar compound is designed to coerce and intimidate other failed asylum seekers, other 'double-negatives', to voluntarily sign to be removed."

Ian Rintoul says he believes authorities could attempt to remove up to 10 other asylum seekers whose applications have also been rejected in coming days.