The prime minister of Papua New Guinea has hit out at warnings by economists about the country's fiscal position.

This follows the release of his own government's mid-year economic outlook, which revised the 2015 budget deficit from 4.4 percent of GDP to 9.4 percent, with revenue set to shrink by 20 percent this year.

A former Australian official within PNG's treasury, Paul Flanagan, led the chorus of economists warning that the Peter O'Neill-led government must make tough choices about spending cuts or face a Greece-style fiscal meltdown. 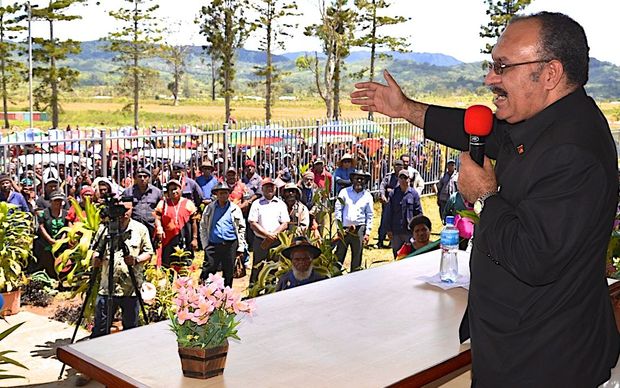 Mr O'Neill has dismissed them as critics with vested interests - who are talking about potential scenarios that would only eventuate if his government did not attend to global economic challenges.

He said the PNG economy was stable and robust enough to ride out the current dip in commodity prices.

He has emphasised that, unlike many other countries, PNG has good cover in foreign exchange reserves - and that most of its debt is domestic.

He said cuts would be made to non-priority areas but not health, education, law and order, and infrastructure.