The Cooks Islands Prime Minister Henry Puna has not dropped the idea of a separate seat for the country at the United Nations. 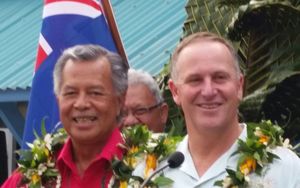 But he says this week's celebrations to mark 50 years of his country's friendship treaty with New Zealand is not the time to discuss the issue.

Mr Puna has held talks with the New Zealand's Prime Minister John Key in Rarotonga, but he says the issue was not discussed.

He says it was not a touchy subject but indicated he has not given up on the idea.

"Well I think when you turn 50 that is mid life - you are growing up, and it is part of growing up. It is as simple as that."

He says there could be an opportunity for talks on the issue at the Pacific Islands Forum in September.