Lautoka has become the latest city in Fiji to launch initiatives with the view of eventually declaring the city a tobacco free zone.

Smoking has been banned in public places including bus stops, markets, and playing grounds.

The CEO of the Lautoka City Council, Jone Nakauvadra, says people will be fined $200 ($94 US) for an offence.

He says it's part of the council's vision to provide a safe, pollution free environment for the public and they hope it will act as a deterrent.

"We cannot totally stop smoking but at least the awareness programme that will be able to filter out to the people for them to make a decision about their lives whether to continue smoking or not because smoking basically pollutes their body and also the environment."

Jone Nakauvadra says the long-term aim is to ban smoking in all public areas.

Suva and Nadi have already banned smoking in public places, while seven villages in Fiji have been declared smoke free. 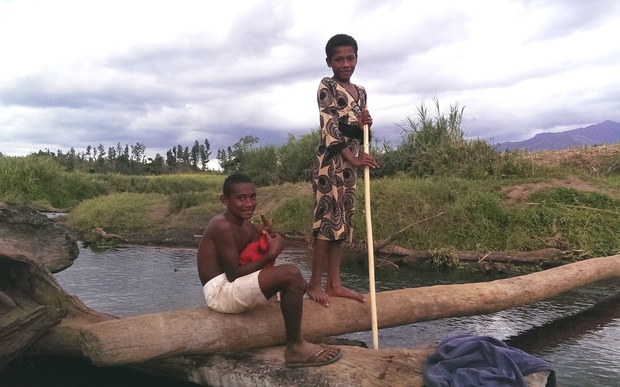 Children in Lautoka Photo: RNZ/Sally Round