A woman who gave birth to triplets in a remote village in Papua New Guinea's Morobe province took six days to reach a hospital in Lae, after tribal fighting stopped her from reaching medical help. 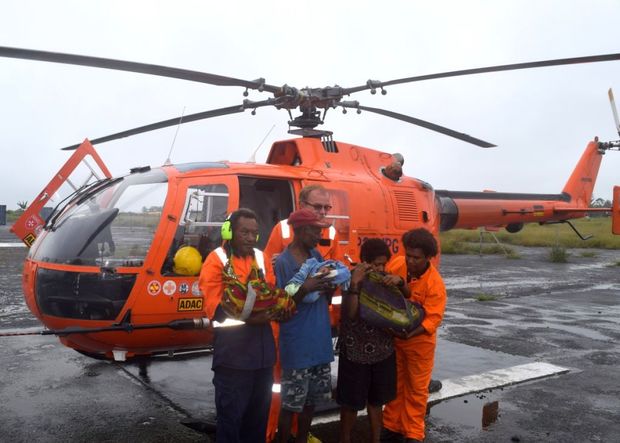 Gile Sayiyong gave birth to the triplets last week without any medical assistance, because she couldn't reach a nearby health centre as two groups of people were engaged in fierce fighting, cutting off access.

Unable to get to the medical centre, Ms Sayiyong relied on a helicopter evacuation, but that proved a challenge in itself.

The helicopter's pilot Jurgen Ruh, says it took two attempts in poor weather and mountainous terrain to reach the village, but he eventually made it.

"I followed the river very close to the surface and as I got further in the rain got heavier and the clouds go thicker, so I was unable to have safe visibility. I turned around and then I tried to go over the top and then I tried to get in from the north and I tried to come from the east. Then three hours later the fog had lifted and I was able to come in under the cloud."

Jurgen Ruh says the mother and triplets are still in hospital for observation, but are otherwise doing fine.