A human rights organisation says it's time the Australian Government puts pressure on Papua New Guinea to start resettling refugees who are stuck on Manus Island. 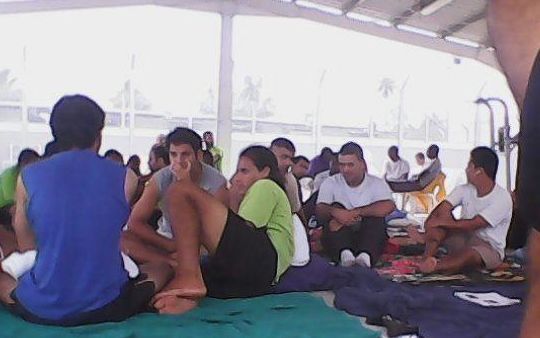 Two years ago both countries signed an agreement which meant legitimate refugees would be settled in PNG.

About 90 men have been granted refugee status but they are still in limbo while the PNG Government finalises a resettlement policy.

The Australia director of Human Rights Watch, Elaine Pearson, recently visited some of the men in the transit centre on Manus.

She says they just want to get on with their lives.

"There are a number of men that clearly have very good qualifications, there's a doctor, there's an engineer, they are quite willing to sort of set up interviews, you know some of them have even offered to volunteer in the local hospital or the local school but they've been told that until the resettlement policy is in place, they can't actually leave the island and that they're not permitted to work."

Elaine Pearson says given the Australian Government is funding the offshore processing centre, it should put pressure on PNG to get on with resettlement.

But she believes it suits the Australian Government for life on Manus to seem unbearable as a way of deterring other asylum seekers from coming to Australia by boat.