The Fijian Media Association says it's hoped an amendment to the Media Industry Development Decree will bring about more freedom for journalists. 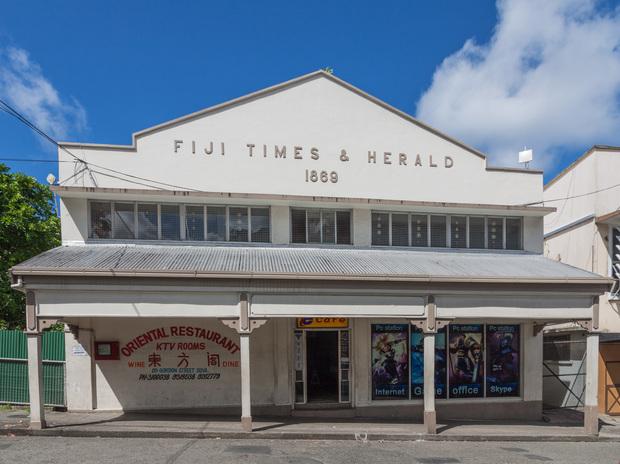 However, media organisations, their editors and publishers, and corporate bodies are still liable to heavy monetary fines or imprisonment terms, or both.

The president of the Fijian Media Association, Ricardo Morris, says this is a step forward, as it means ordinary journalists don't have the prospect of a fine hanging over their head.

He says however, they are concerned fines for editors and publishers still exist.

"There's a possibility that that might have a knock on effect on the work that editors and publishers are ready to sanction. But we remain optimistic that that won't be the case and it's a first step in amending this decree or removing it completely and so it is to be welcomed."

The editor in chief of the Fiji Times, Fred Wesley, says he hopes the amendment will allow journalists to do their work without fear.

An amendment to the Media Industry Development Decree in Fiji means individual journalists can no longer be fined up to $1000 Fiji dollars for breaches.

Fred Wesley says publishers and editors still face the the possibility of huge fines, but the amendment is a positive step forward.

He says it will impact on the kind of stories journalists can do more freely.

"There are obviously a few challenges there, but it's a positive move by the government, this is the first positive step forward and hopefully it's going to reflect in young journalists being allowed to do their work without fear."

But the Fiji Citizen's Constitutional Forum says the amendment does not resolve the issue of media censorship.

Its programme manager, Ken Cokanasiga, says lifting fines on journalists is positive, but the status quo isn't going to change.

"Once that news hits that organisation to the publisher, to the editor, they will then have to tweak it so that it will suit government, that way they don't get into trouble. So that's why we're saying that it hasn't really changed much. Once it hits the tables of the editors and the media organisation, it still comes down to the same thing, self-censorship."