Tuvalu has won its first ever Pacific Games gold medal with an extraordinary performance on the final day of power-lifting. 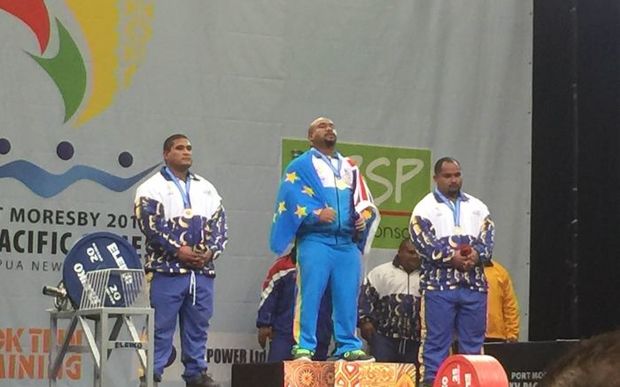 Telupe Iosefa squatted, benched and dead-lifted a total of 805kg to hold off the challenges from two Nauruan lifters in the men's 120kg division.

It capped a memorable two days with Team Tuvalu also picking up two bronze medals in power-lifting to finally get themselves on the official medal tally.

Speaking with the help of an translator, Telupe Iosefa says he's very proud to win for his country.

"I feel good because this is the first gold medal in Tuvalu for all-time that we've come to the Pacific Games. I send my regards now to the people back home, thanking them for their support and love and believing in me that I will get a medal for Tuvalu."