The president of Nauru Baron Waqa says he believes he has eased concerns over Nauru after meetings in Sydney.

Nauru says claims of unrest and internal trouble are unfounded and Mr Waqa said it was important to clear the air and inform Mr McCully of the inaccuracy of media reports suggesting a breakdown of democracy.

In a statement Mr Waqa said New Zealand is clearly not happy with the detention of the opposition MP Roland Kun.

Mr Kun has been prevented from returning to his family in New Zealand after the Nauru government cancelled his passport.

Mr Waqa says he has assured Mr McCully that Mr Kun and three other opposition MPs will have their time in court and he said it's been agreed legal proceedings are a matter for Nauru.

He reiterated Nauru had the mandate for reform and was acting in accordance with the will of the people. 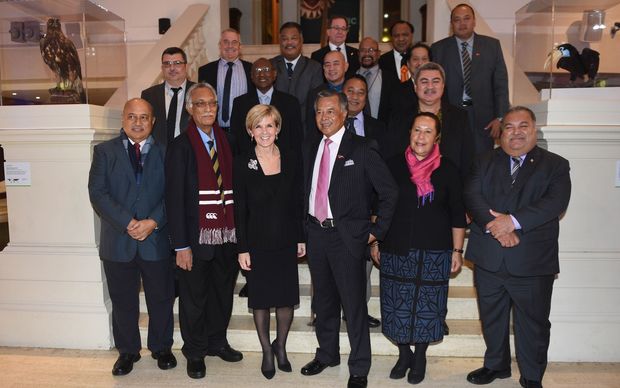