A state of disaster has been declared at the tailings dam of the closed Gold Ridge gold mine in Solomon Islands as unseasonal rains continue to fill the dam to dangerously high levels.

The permanent secretary of the Ministry of Environment Conservation and Disaster Management has confirmed the state of disaster, saying it has been activated because of the threat to communities downstream.

The gold mine was sold off in April this year to local landowners by its former Australian owners St Barbara for a nominal amount a year after flash flooding forced the mine's closure.

During this period repeated attempts by St Barbara to effect a controlled release of untreated water were opposed by the government and local communities who insisted water should be treated before release.

The tailings dam contains toxic sediments including high concentrations of cyanide and arsenic which could be released in the event of a dam breach. 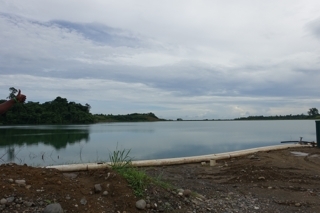