The Guam National Weather Service says the tropical storm Chan-hom has been upgraded to a typhoon.

Lead forecaster, Mike Ziobrow, told the Pacific Daily News the typhoon's closest point of approach is expected to be somewhere between midnight Sunday and sunrise.

Mr Ziobrow says Typhoon Chan-hom's winds are currently up to 120 km. The typhoon is approximately 539 kilometres southeast of Guam.

A typhoon watch went into effect for Guam and the Commonwealth of the Northern Mariana Islands yesterday, which means typhoon-strength winds of 119 km or greater are possible within 48 hours.

The system is predicted to have maximum sustained winds of about 168 kms when it moves past Guam, according to the graphic. 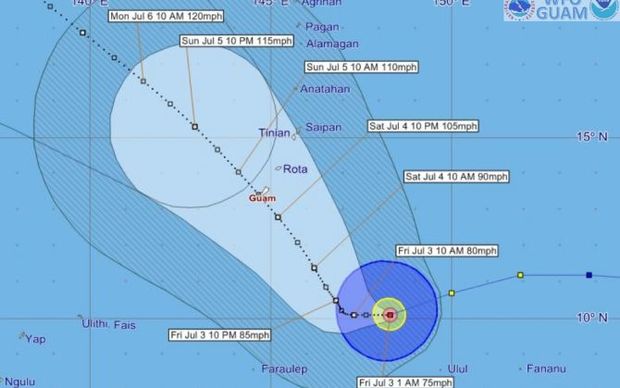