The Fiji Women's Crisis Centre says the message that village bylaws should not violate women's human rights is falling on deaf ears in some villages.

The Centre's co-ordinator, Shamima Ali, says there have been reports of village bylaws restricting what women wear, dictating their hairstyles, and public whippings for drinking kava too late at night.

She says the iTaukei Ministry released a statement last week saying bylaws will be reviewed, but keeping in mind that individual human rights are not violated.

"Apparently, these things are falling on deaf ears the further you go away, from the urban centres, from the towns - the more ingrained these kind of rules and regulations policing women's behaviour and dress seem to be happening." 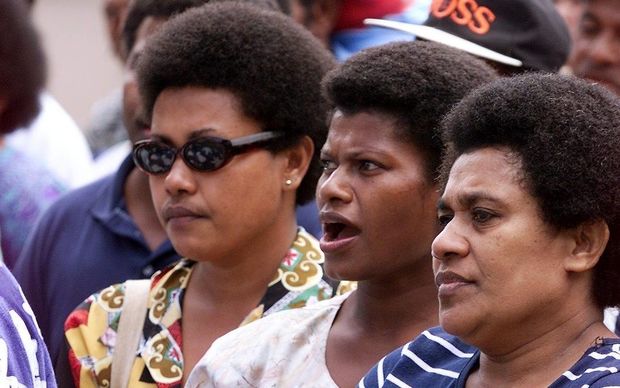 Fiji women in the streets of Suva. Photo: AFP

Shamima Ali says some village leaders have recently been involved in a male advocacy programme, and they're hoping these men can help promote women's human rights and gender equality within their villages.