Members of parliament in one of Vanuatu's leading political parties have published their allocation spending reports for 2014. 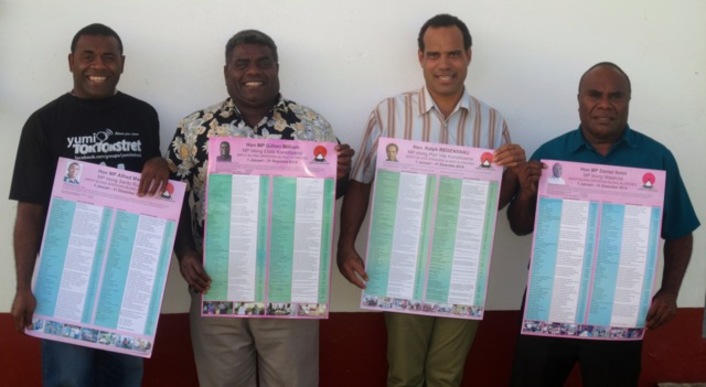 The Graon mo Jastis Pati says its four MPs elected on the party's ticket in the 2012 election have done this as part of fulfilling the campaign promises they made to their voters.

The four MPs, including party leader Ralph Regenvanu, report that they each deducted US$19,000 from their salaries to spend on community needs.

This amount used to be the allocation granted to each constituency until a change in 2011 saw the money channelled through MPs' salaries.

The Graon mo Jastis Pati says it wants to ensure this amount is still used strictly for community purposes.

The GJP MPs have each contributed US$7000 dollars from their own allocations to establish academic scholarships schemes in their constituencies.

The GJP has a fifth MP who joined the party more recently.