The Vanuatu beach volleyball team is determined to put a challenging few months behind them and show the world what they're capable of at the World Championships in the Netherlands.

Miller Pata and Linline Matauatu play their opening match against Germany this evening, and will also face teams from Brazil and Algeria in the pool phase.

The duo's preparations were affected by Cyclone Pam back in March, which caused widespread devastation throughout Vanuatu.

Despite the difficult circumstances, the President of Vanuatu Volleyball, Debbie Masauvakalo, says the pair resumed training after two weeks and are aiming to do their country proud.

"They went to Thailand, Vietnam and China and they picked up two golds, one silver and a fifth in the world. Even though the cyclone was devastating and Linline lost her house and Miller had damage to her house and we didn't train for two weeks but the girls picked themselves up and I think they just want to show the world that Vanuatu still smiles and how strong and resilient Vanuatu women and Vanuatu people are to the world".

Vanuatu finished in a share of ninth place in their first ever World Championship appearance two years ago. 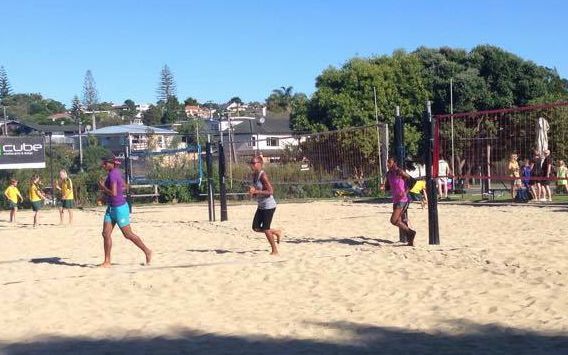