Nauru's President Baron Waqa says the arrests of three suspended MPs have nothing to do with them speaking out against the government.

He says they were the ringleaders of a violent protest aimed at toppling a democratically elected government in order to further their thirst for political power.

A former president of Nauru Sprent Dabwido, and two other opposition MPs Squire Jeremiah and Mathew Batsiua are facing criminal charges related to a protest outside parliament last week.

In a statement Mr Waqa says of most concern are reports that protest organisers got children as young as 12 to participate, and that alcohol was provided to encourage teenagers.

The government has called the protest a riot in which several police were injured.

Mr Waqa has confirmed that some government workers who took part in the protests have lost their jobs but he rejects suggestions this is stifling free speech.

He says the organisers did not advise people that participating in a criminal act would jeapardise their jobs.

He says the MPs have a right to speak freely against the government's reform measures but they have no right to create violence.

He has accused foreign media of bias, saying the ABC, Radio New Zealand and the Guardian website have an agenda to attack the Nauruan government apparently to influence Australian and New Zealand domestic politics. 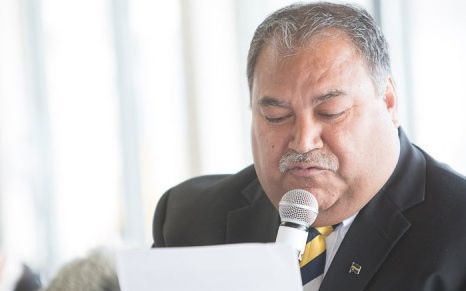