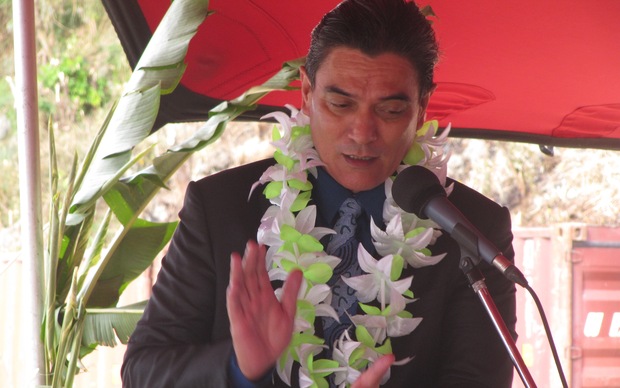 Moana Carcasses was one of the movers of yesterday's motion of no confidence which ousted Mr Natuman and his Vanua'aku Pati-led coalition, before the election of Sato Kilman as prime minister.

Reasons cited for ousting Mr Natuman include the suspension of 16 opposition MPs from parliament last year over allegations that Mr Carcasses gave the MPs US$10,000 each to support a motion against Mr Natuman.

Mr Carcasses has always maintained that the money exchange was a loan.

As the court case goes to trial today, he says the subsequent suspension was undemocratic.

"It's my money, I can dispose of my money as I wish. It's not government money or whatever. It's not Joe Natuman's money. It's my money. I decided to make some loans for my MPs in the opposition. I don't see why (he suspended us), he's wrong. Anyway, the court will rule on that."

Other reasons given for ousting Mr Natuman include alleged neglect of the private sector, lack of vision for developing the economy and mismanagement of aid distribution following Cyclone Pam.

"Many things went to his constituency (in Tanna) in particular his area, so there was lots of politics in how to share that relief. Many, many complaints if you listen to the radio every day, people are complaining about how the government has managed the relief."