Civil Society Groups in Fiji say Frank Bainimarama's support for Indonesia's bid to become an associate member of the Melanesian Spearhead Group is a concern. 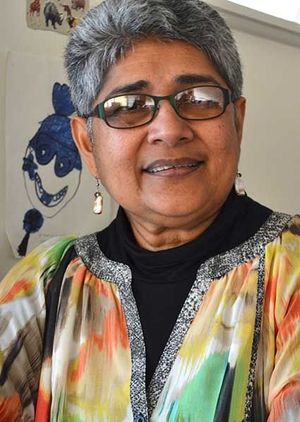 In a public statement, Fiji Civil Society Groups, say the statement by the Fiji prime minister that alleged human rights violations would be best dealt with by Indonesia, if it was allowed into the MSG bloc, indicates how much Fiji has allowed its foreign policy to be dictated by the Indonesian government.

She also says it comes at odds with previous decisions by the Bainimarama led government which fully supports the inalienable rights of people of West Papua towards self-determination as provided for under the preamble of the MSG constitution.

Ms Ali, who was also Fiji's former Human Rights Commissioner, says what's more concerning is the wording of the statement by the Prime Minister which seeks to down play the last 50 years of a violent occupation by the Indonesian state that has seen thousands of people in West Papua killed for a simple dream to be free.

She also adds adding that these violations have been well documented by both domestic and international human rights monitoring bodies including UN High Commission for Human Rights.

Fiji CSO groups call on the Fiji government to exercise real leadership on this issue by respecting the decisions and wishes of the people of West Papua about who represents them, and that it's clear Indonesia should not represent them at the MSG.

Shamima Ali says the recognition of the gross human rights violations in West Papua has been one of the key reasons why the MSG bloc considered the issue of West Papuan membership, and at the 2014 MSG Special Leaders meeting, Melanesian leaders including Fiji government, supported the West Papuan's right to determine who represents them at the MSG block.

She says it was clearly stated that the conditions were that the West Papuan groups must be a united umbrella group before submitting a fresh application to the MSG.

The West Papuan people through process of consultation have decided who to represent them, and it is the United Liberation Movement for West Papua (ULMWP) who has submitted an application to the MSG to be a full member.

Reports last week indicate that over 70 people have been arrested in West Papua for supporting ULMWP.