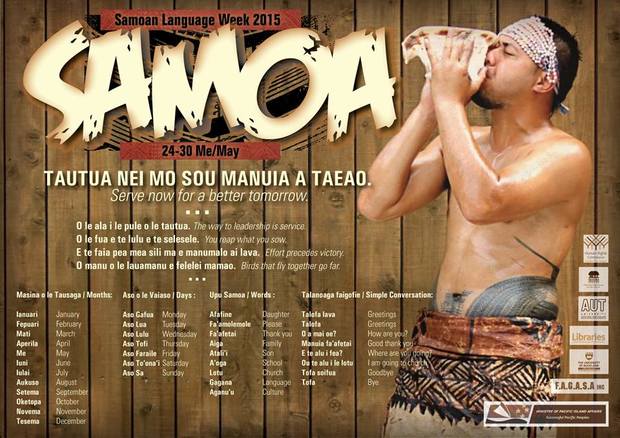 A primary school teacher in Auckland says allowing students to speak Samoan at school, helps with their confidence to learn in the classroom.

Samoan is the second most commonly spoken language in Auckland, and the third most spoken in New Zealand.

As part of Samoan Language Week this week, the children are being encouraged to dress in their traditional cultural wear, and Samoan learning activities will be held throughout the week.

"Well, I think it definitely builds up their confidence, knowing that they are able to speak it and they are given that opportunity, that they are not limited to just speaking the one language. So we do have students who have come over from Samoa, that are English second language speakers, who have been given that opportunity, and they do feel a lot more confident when they can speak their language."

A Samoan language teacher at McAuley High School, Perenise Tapu, says celebrating Samoan Language Week is especially worthwhile for Samoans that may not be fully immersed in their culture.

As part of Samoan Language Week, high schools in Auckland, including McAuley High School, have held debates, where students must speak in Samoan only.

Mr Tapu says his students won their debate, and the debates show a high level of understanding the language, and demonstrates how far students have come in their learning.

He says by years 11, 12 and 13 his students speak only in Samoan, but he says Samoan Language Week is still important.

Meanwhile, libraries across Auckland have Samoan language, craft and dance activities lined up all week as part of a drive to get more people learning Samoan.

The Auckland libraries Pacific Service development advisor, Elenoa Mo'asili-mati, says the emphasis is on getting the community to have a go at learning the Samoan language.

"We know that Samoan is the second most spoken language in Auckland, and we wanted to encourage that everything that we do, whether it's the delivery of our story times or any craft activities or games that we do in our library spaces, that it's done in the language."

Elenoa Mo'asili-mati says she wants to encourage people to continue to visit their library after Samoan Language Week, as there are plenty of free resources available to learn about the culture.