The president of Indonesia has granted the early release of five West Papuan political prisoners during his visit to Papua province.

In conjunction with the releases, Joko Widodo also indicated that the effective travel ban on foreign media access to Papua region was being lifted. 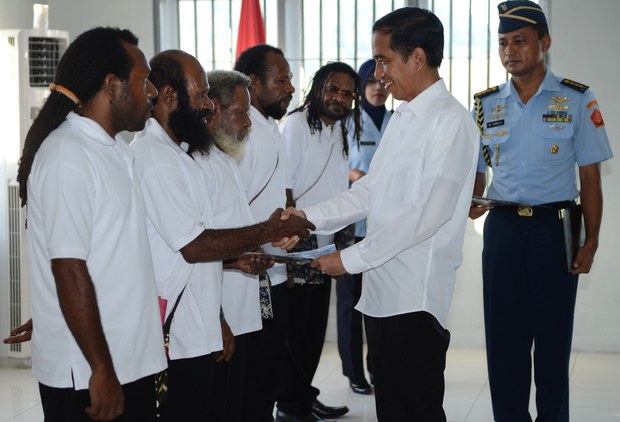 In Jayapura on his two-day visit, he re-iterated his policy to pay more attention to the development needs of Papua, and to address discontent among the indigenous Melanesian population.

AFP reports that in a ceremony in the provincial capital, President Jokowi met with the five prisoners who were convicted twelve years ago for a raid on an Indonesian arms depot.

Jokowi said that the prisoner release was in order to stop the stigma of conflict in Papua, where Indonesian military deployment and a long-simmering separatist struggle have been an ongoing cause of instability in the region.

The president had earlier indicated that foreign journalists were welcome in Papua, although since he came to power last year, the restrictions on outside access to the eastern region remain extensive.

Meanwhile, the president has travelled on to neighbouring Papua New Guinea to meet with PNG Prime Minister Peter O'Neill.

The meeting comes as Indonesia's diplomatic overtures to Melanesian countries reached top level ahead of a looming Melanesian Spearhead Group decision on a West Papua application for membership.

Mr O'Neill, who has recently spoken out about human rights abuses in PNG's neighbouring territory, has also urged Indonesia to support the West Papuan bid for more representation at the regional level. 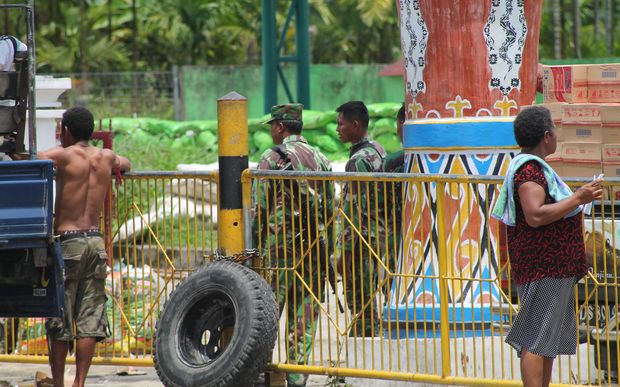 The representative group which has submitted the MSG application, the United Liberation Movement of West Papua, has warned Melanesian countries to be wary of Indonesian pressure to vote against West Papuan membership in the group.

The ULMWP's application is to be the special focus of a MSG members meeting in 21 May, before a possible decision on the bid at the leaders summit slated for July in Honiara.