Shaun Williams from South Australia Cricket Association and Michael Farrell from Cricket Tasmania have been working closely with local coaches in assessing under 17 players at Amini Park.

They will also work with players from the PNG Barramundis, National A Team, PNG Lewas and U19 Garamuts.

Michael Farrell says Papua New Guinea has impressed in the South Australian Premier League Competition over the last four years and they have come to PNG to identify players that can make it into such competitions in the future.

Shaun Williams says the partnership between the two countries needs to be nurtured and believes it can pave the way for PNG to one day have a team in Australia Twenty20 Big Bash League.

The pair will also help identify players that could win scholarships to train and play cricket in Australia. 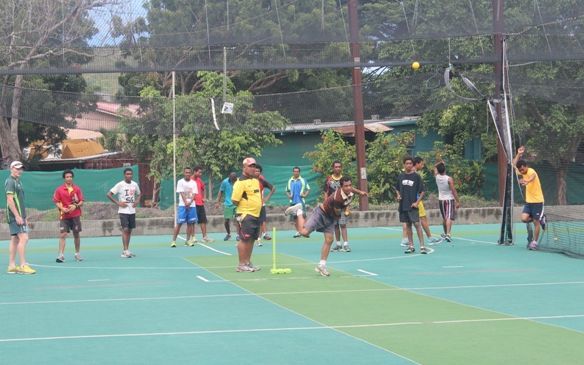 Young cricketers are put through their paces at a training session in Papua New Guinea. Photo: Supplied