Reports from New Caledonia say the new president, Philippe Germain, has refused to renew staff contracts of ministers who he considers to have sided with the opposition. 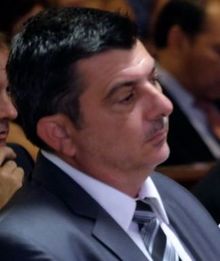 The government's spokesperson has told the territory's daily newspaper that this affects three members, including the previous president, Cynthia Ligeard.

The measure reflects the rifts within the anti-independence camp that is part of the collegial government.

Last month, Mr Germain of the Caledonia Together Party was elected president thanks to the votes of three pro-independence ministers, which thwarted Mrs Ligeard's bid to regain the presidency.

The three said they decided to vote in Mr Germain in part because the territory didn't have a properly constituted government since the Ligeard-led government collapsed in December.

The parties of the ministers concerned by the cut have indicated that they will take legal action to re-instate their staff.