Fiji's police commissioner has confirmed there are six separate investigations into police brutality.

Ben Groenewald is visiting the north today, where it is alleged a drug raid earlier this year involved the bashing of a father of three, two taxi drivers, and several farmers.

The education ministry has confirmed that it counselled ten children in the Viani area, as they were crying in school after witnessing the alleged beating of a man.

However Ben Groenewald says the police did not receive a complaint at the time of that alleged incident.

Ben Groenewald says he is also meeting community groups today as well as the chief investigator for an update. 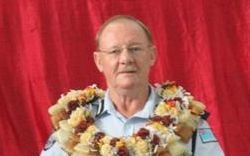