Customs chiefs near Port Vila are to become the first Vanuatu leaders to settle a land dispute in a traditional meeting since the land reform was passed.

Our correspondent says the chiefs in Emua village will preside over the affairs of their village and determine the ownership of custom land. 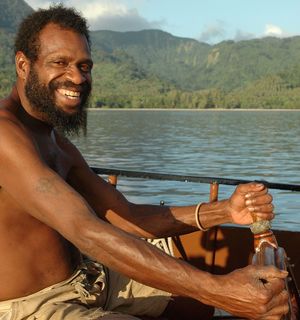 A chief from Vanuatu's southern island of Pentecost. Photo: AFP

This would in the recent past had been taken to a western-style court room.

The law change was an initiative of the lands minister, Ralph Regenvanu, who has said he is confident in the leadership of the chiefs.

The chiefs had accused the government of taking away their powers.